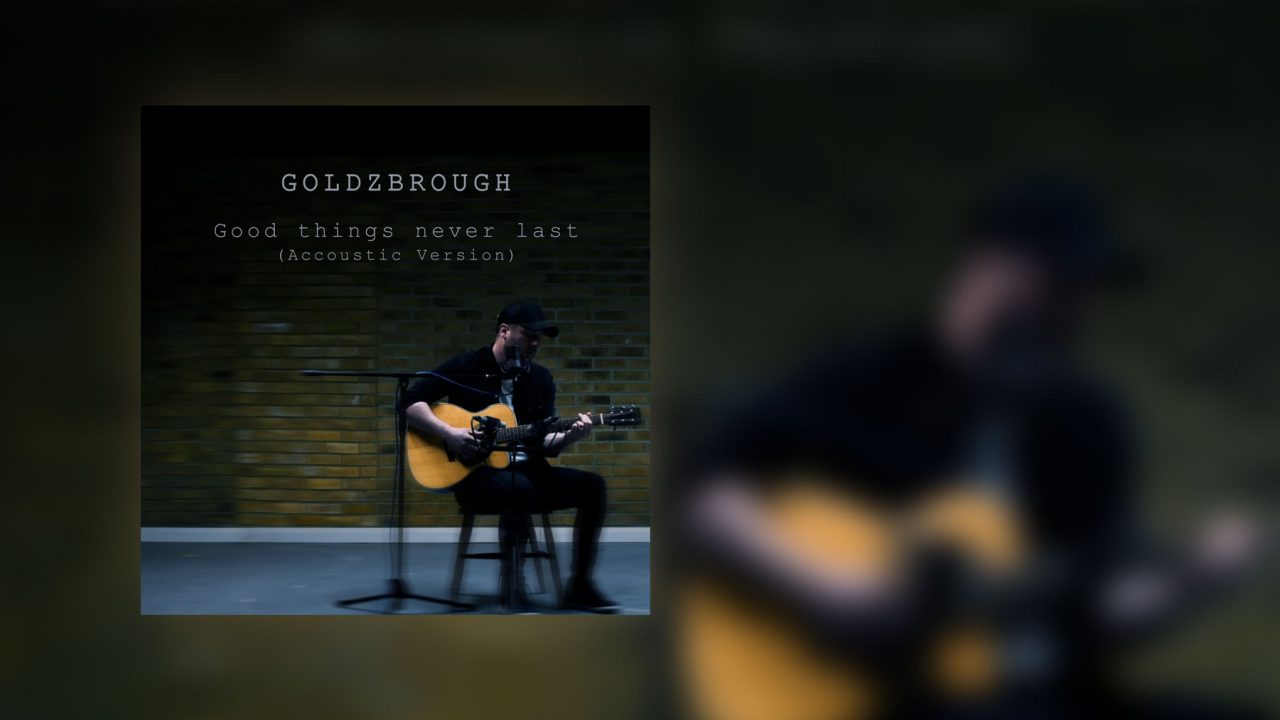 We are proud to present you this piece of gold and are sure, that this is one of the best pop songs which is released in 2019!

A few days ago GOLDZBROUGH released the original Version of this beautiful song. Now he wants to show you the acoustic version…

GOLDZBROUGH is a fresh British talent, whose sound is rooted in his love of classics like Simon & Garfunkel and The Who but he has given it a major contemporary twist by collaborating with German artists and songwriters such as Tom Olbrich, Joshua Allery and Myles Green.Â Actually you can hear GOLDZBROUGH as a Featuring in the TWOCOLORS project…

„Good Things Never Last“ is the first and self-produced taster from the new artist who has created a modern Pop sound that takes in elements of his other love, Hip-Hop. Before heading to Germany to work with many of our great artists, he had performed live with Julian Lennon, Ed Sheeran and James Bay, and even at the legendary Royal Albert Hall. Watch out for the new single and the upcoming album.