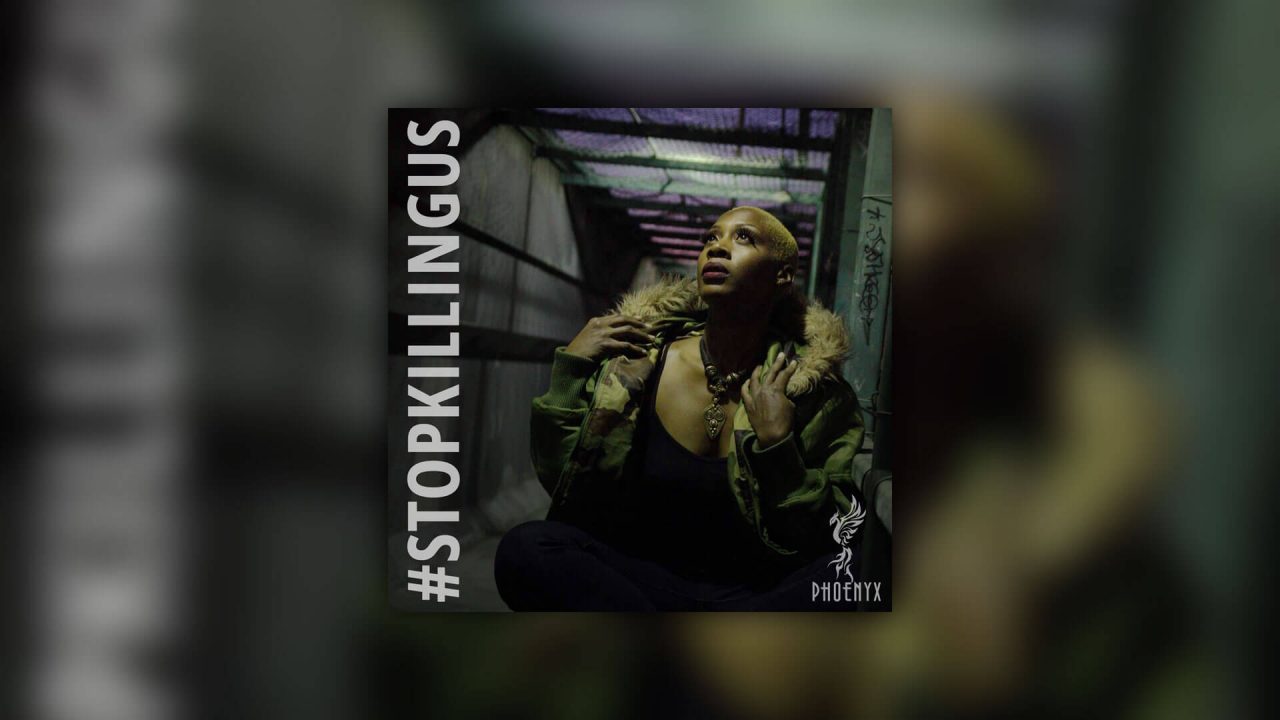 „STOP KILLING US“ was born the eve of July 6th, 2016 when Philandro Castile was shot and killed and is the second single by PHOENYX. San Francisco native PHOENYX delivers an impactful anthem that is woefully on time. STOP KILLING US releases on February 28th, 2020 on all platforms, as well as Amazon and Google Play. This poignant song was written/composed by PHOENYX, and produced by Daniel Troha, CEO of Inspirit Music Production, and Jonas Ekdahl (Evergrey). STOP KILLING US invokes awareness, strength, and unity in the face of adversity. It is the sophomore release from her up and coming debut album, URWELCOME.

STOP KILLING US was recorded at the historic Earth Wind and Fire studio, Revival in Los Angeles. PHOENYX’S exotic blend of pop, rock, and soul is sure to captivate and catapult her right to the top. Stay tuned for spot dates and promotional appearances throughout the world. STOP KILLING US! Grab that song now…

*WE SUPPORT AN ORGANIZATION THAT HAS BEEN DIRECTLY AFFECTED BY GUN VIOLENCE – JUSTICE4JOSIAH.ORG

Many times compared to Lauren Hill, PHOENYX is characterized by its diversity. She is a singer-songwriter, spoken-word artist, high fashion model, dancer, choreographer, martial artist and Broadway alumni (hairspray). And she was once the butt double for Missy Elliot when she danced next to Madonna.

PHOENYX radiates change, awareness and self-love. Her lyrics are meaningful and her sound is different from everyone else. With her music she illuminates topics that we face as individuals and as a community every day. Her music drives you to recognize your own strength, to feel good and not to apologize for being yourself. She embodies the term #UNFUCKWITHABLE!

All of this runs like a red thread through her long-awaited debut album „URWELCOME“, which will be released in spring 2020.